Between mountains and sea, the Corsican Regional Committee of the French Federation of Underwater Studies and Sports (FFESSM) represents the national bodies of the Federation on Corsica and relays the federal policy.

The Corsican Regional Committee is a 1901 association law which brings together all the Clubs and Approved Commercial Structures (SCA) under its banner, for the promotion of aquatic and underwater activities. In the year 2020, it represented 80 structures and nearly 3,000 licensees.

The Regional Committee has numerous missions within the FFESSM.
In particular, the following should be noted:

At the same time, the Regional Committee works within the Corsican Region on economic and ecological aspects such as:

In order to improve its running, the French Federation for Underwater Studies and Sports (FFESSM) has created decentralised bodies that represent the national authorities on their territory and relay federal policy. 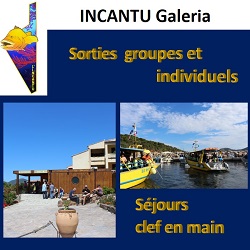